Our Wildcats make the news! 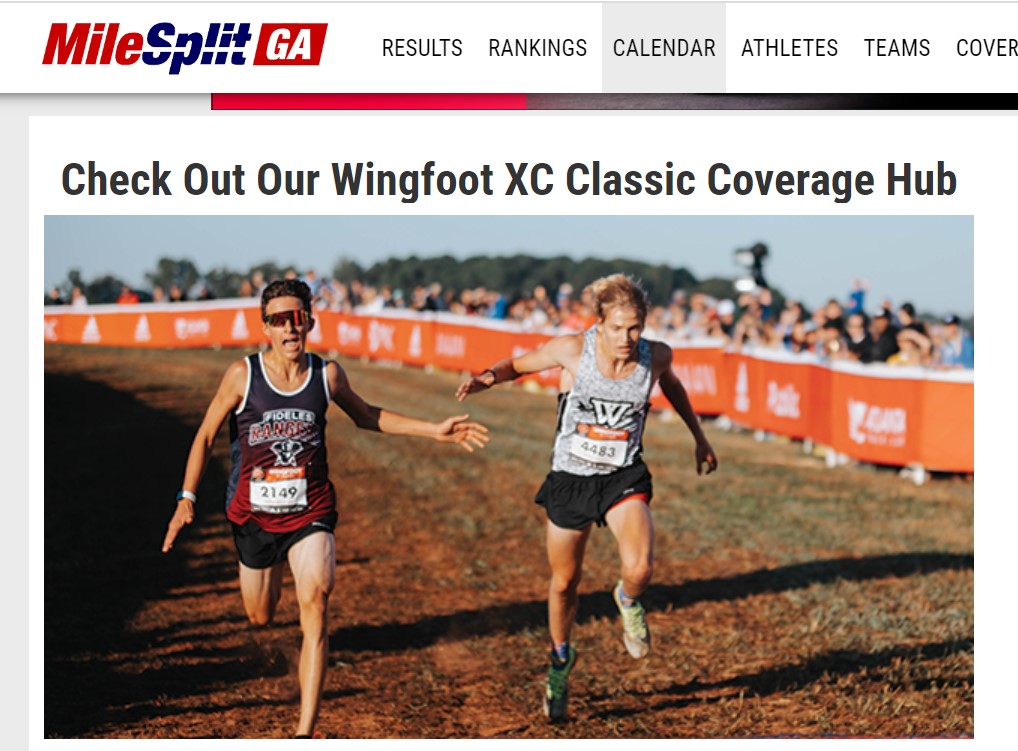 The varsity traveled to Cartersville, GA this week to the Wingfoot Cross Country Classic, a giant meet with a festival type atmosphere that gains national attention. The meet attracts nearly 150 teams and over 4000 runners competing in races over two days. The Wildcats were seeded in the Varsity ‘B’ races on Saturday morning but were able to watch a number of races on Friday evening including the Youth 3000 meter race which included our own Emma Jordan who finished 23rd out of over 600 middle school girls.

With temperatures in the mid-50s on Saturday morning and a course built for speed, the boys went out fast. Adam Lippe battled for the win over the final 100 meters finishing second by just 2 tenths of a second. The photo finish was the closest finish of the weekend and landed on the face page of the Georgia MileSplit website as well as on the national MileSplit Instagram account that has over 215K followers. Adam was also interviewed by two different people and those interviews are included on the MileSplit website.

Five other Wildcats set big PRs to help the team finish 4th in the 29 team race. Two Wildcats earned performance of the week this week. Christian Vitacco cut 45 seconds from his previous PR, finishing the race in 18:08, and Patrick Joiner reduced his previous PR by 35 seconds, finishing under 19 minutes for the first time (18:45).