From major donors to student and alumni givers, Westminster sought to unite all its community in 2018 when it introduced the idea of a Giving Tuesday competition against its rival, Augusta Preparatory Day School. 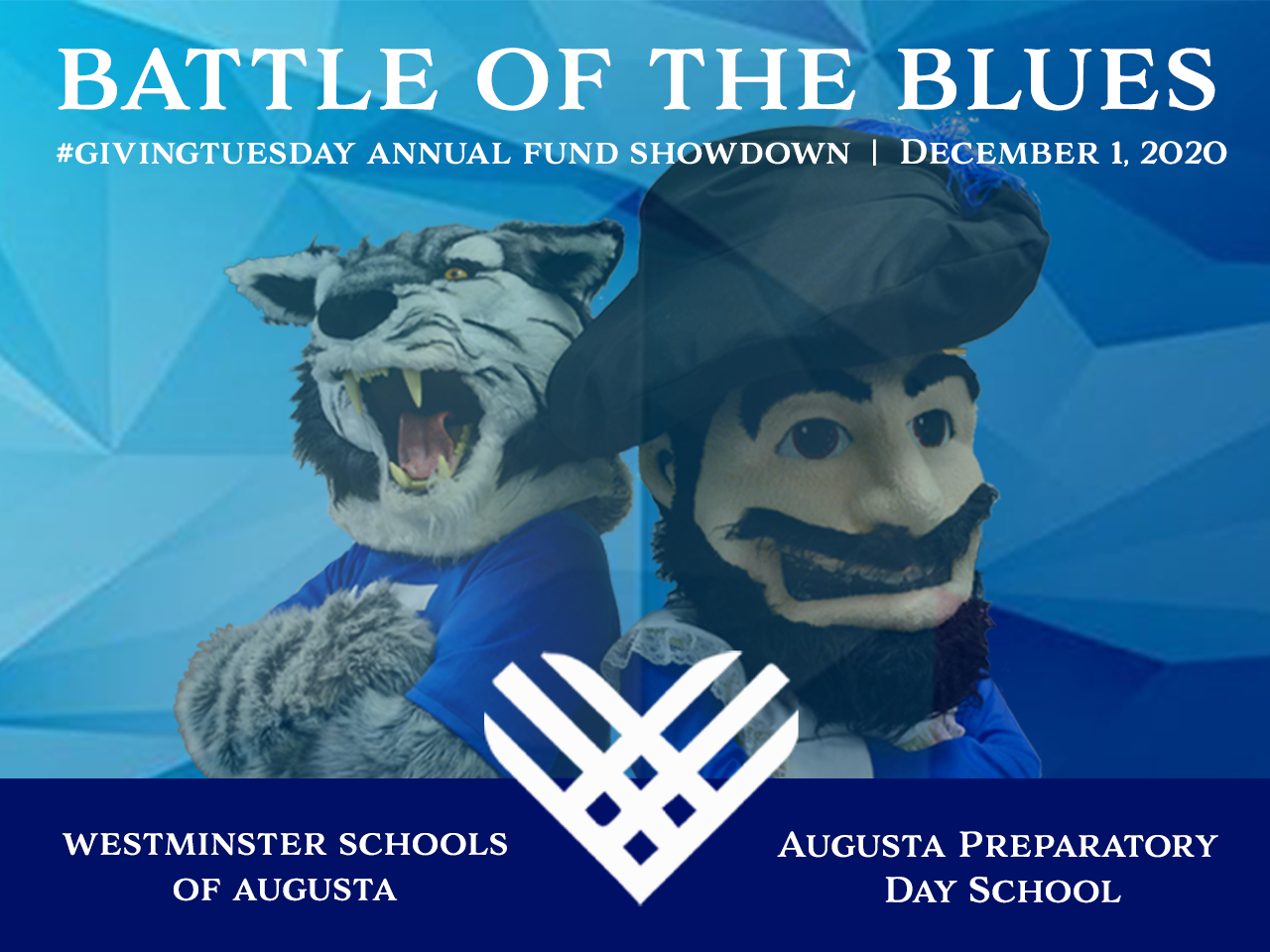 It was perhaps the most indelible image of Westminster Schools of Augusta's inaugural Giving Tuesday competition. "Do you take coins?" asked John David Kassner, of the Class of 2021, eagerly searching through his backpack for loose change to donate. From major donors to student and alumni givers, Westminster sought to unite all its community in 2018 when it introduced the idea of a Giving Tuesday competition against its rival, Augusta Preparatory Day School.

The idea was simple: Create a way to share the values of college-preparatory education, while providing a fun setting for people to reflect on the ideals of community and gratitude celebrated on Thanksgiving. Known as the Battle of the Blues, supporters say, the Giving Tuesday competition between Westminster and Augusta Prep far exceeded expectations, raising more than $167,000 in two years for the organizations' annual funds and bringing a new level of excitement to both campuses.

"It has been an overwhelming success," said Wesley Brown, Westminster's Director of Development. "Members of each school's community have rallied around one another to show tremendous grit, passion, and pride for their missions. It has been incredible watching it all unfold." The origin of the Battle of the Blues competition dates back to September 2018, when Admissions, Development and Marketing staff met with Head of School Brian Case to discuss ways to bring more awareness and excitement to Westminster's Giving Tuesday efforts.

The global day of giving, founded in 2012 by the 92nd Street Y in New York City, aims to inspire people to collaborate and give back. However, before 2018, the worldwide movement that occurs on the Tuesday following Black Friday and Cyber Monday was not well known on Westminster's campus. The idea of a one-day fundraising competition between Westminster and Augusta Prep was floated.

The competition would crown two champions. One school would be declared a winner for receiving the most gifts, while another would be named for total dollars raised. Only annual-fund contributions made on Giving Tuesday would count. The challenge would be dubbed the "Battle of the Blues" because Westminster and Prep share shades of blue in their mascots? colors.

Pam Weinberger, Director of Development at Augusta Prep, was immediately onboard. "loved it. I was all over it," Weinberger said. "I thought it was going to be a win-win for both schools. Some friendly competition among rivals. It was a no-brainer. Nobody loses." Donors could track competition results at www.wsa.net/givingtuesday. Updates were posted at 11 a.m., 3 p.m. and 6 p.m.

Teru Kassner, mother of John David and two other Westminster students, served on a calling campaign in 2018 in the month leading up to Giving Tuesday and helped organize marketing videos for the 2019 competition. She said she remembers waiting for the first update in the competition's first year. At 10 a.m., Westminster had raised more than $11,000 exciting many in the community.

"When I saw that the amount Westminster raised was over what we thought the top dollar would be, I got kind of competitive," Kassner said. "To me, it became almost like a huge sporting event. You started to really cheer on your team to win." Ashley Pritchett, a Westminster parent, helped promote the competition by filming a video on social media with her husband, Mark, and daughter, Helen Randall, to help spur Wildcats to give.

She said she also loved following the challenge throughout the day by checking online updates to see who was in the lead. "love the challenge because it gets the word out about why it is so important to support our school outside of tuition," Pritchett said. "Giving Tuesday helps Westminster to be a cut above and provide a Christian education with immense depth in athletics, arts, technology."

Both Kassner and Pritchett said their favorite part of the competition is the heightened sense of community that it has created on Westminster's campus. They both agreed on the competition's future is bright. "Of course, I see us beating Augusta Prep," Pritchett said of Westminster. "I also hope that more families will commit to giving, no matter the amount. Every bit helps and nothing is too small."

Giving Tuesday is Dec. 1, 2020. Help Westminster beat Augusta Prep in the Battle of the Blues! Donate at wsa.kindful.com, on Willie Wildcats's Facebook page or through Venmo using @wsawildcats. Both Facebook and Venmo accept American Express.