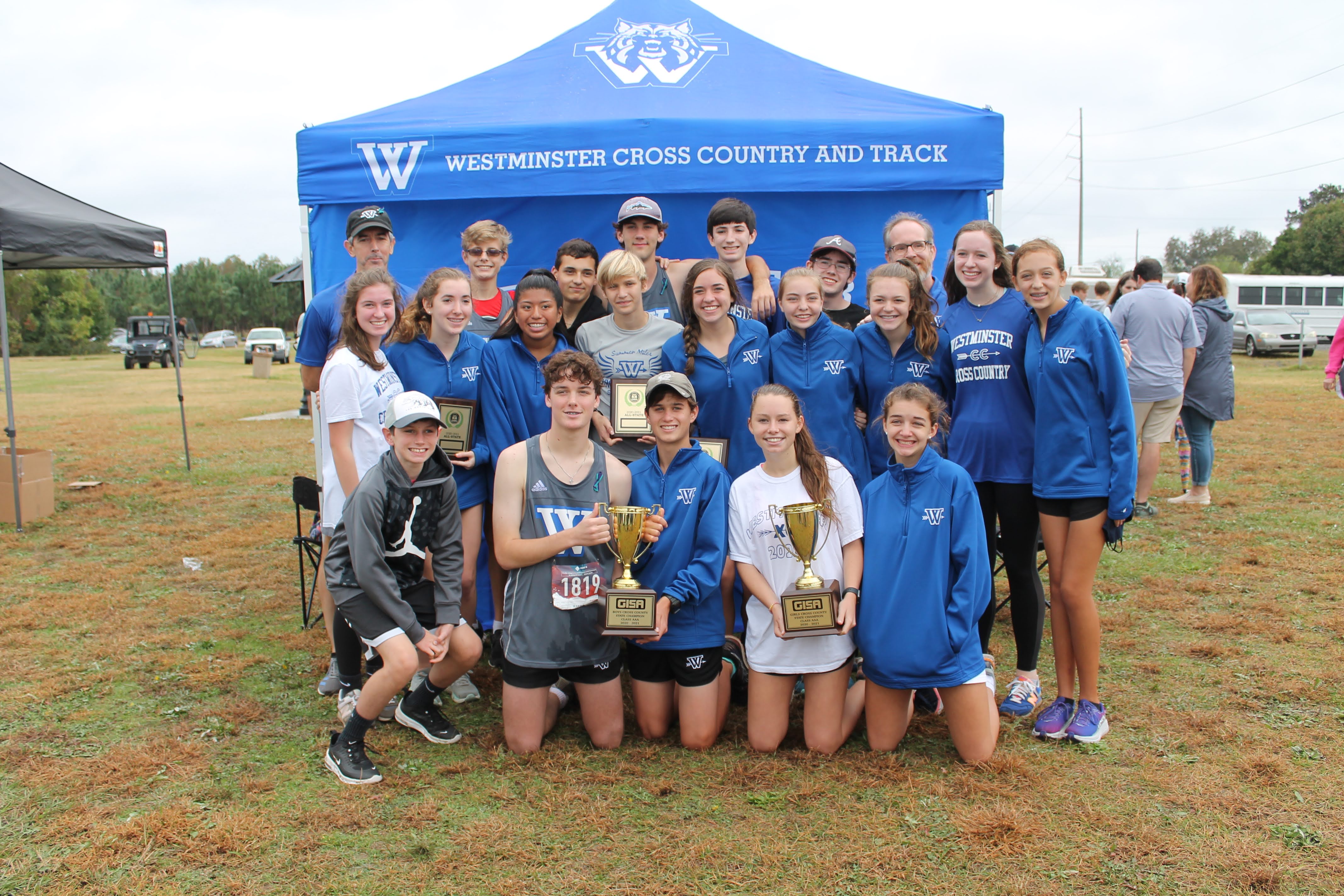 On Friday, Nov 6, the Wildcats walked through the cheers of the middle school and upper school students and loaded the buses to make a second trip to Macon in search of the first ever state title for the boys and the first state title since 2014 for the girls. This time, they would have the benefit of a cool overcast Saturday morning and the experience of having run the course just a few weeks before.

The girls ran first and, while there were 15 teams and 75 girls in the field, the girls race was really between three programs, from three corners of the state, who did not meet in the regular season: Valwood, Frederica Academy, and Westminster. All three teams dominated their region meets, though only the Wildcats achieved a perfect score. While the region meets set the stage for the head to head matchup, the Wildcats have been watching the other two teams all season, knowing that they were the teams to beat, and that they were destined to meet in the state championship. The Wildcat Pack started out fast and worked their way into the lead group. After the first lap, the Wildcats continued to show the grit and determination that had gotten them to this point, with 6 runners in the top 15. Valwood and Frederica had similar numbers in the lead group. This was going to be close and the difference between first and third place was going to come down to which team could get their top five runners across the finish line first. Claire Peacock and Rachel Goodell separated from the Pack setting PRs on the way to 4th and 8th place finishes and all-state honors. Frederica and Valwood also had two in finishers in the top 10, but the Wildcats depth proved to be the difference with the Pack claiming four consecutive places 13th-16th to win the state title by 8 points over Valwood with Frederica finishing third, 16 points behind.

Unlike the girls, the boys entered the state meet as the heavy favorite with the top 3 times in GISA AAA this season. Running against a field of 15 teams and 80+ runners, they did not disappoint, winning the state title by 24 points over the runner up. Adam Lippe was the overall winner, followed by Brad Joiner (3rd) and Eli Scott (8th). These 3 received all-state honors. Jacob Hanna (11th) and Sam Williamson (16th) rounded out the boys top five.

We are proud of you, Wildcats!