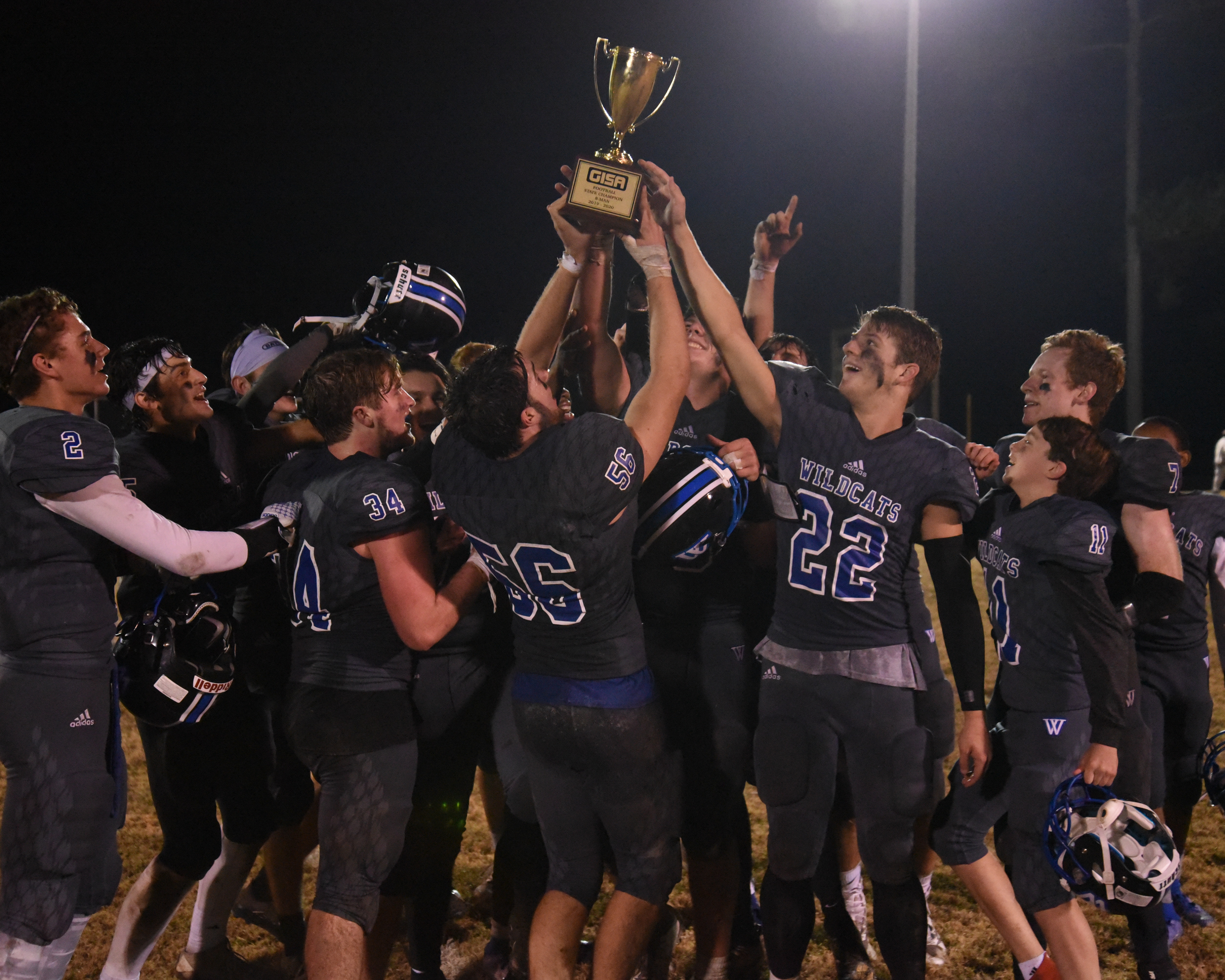 Joseph Jackson put the first points on the board in the 2nd quarter. While the score was close at halftime (7-6), the Wildcats pulled away in the second half. Sam Carter added two second half receiving touchdowns as well as all four extra points.  The final touchdown was scored on a run by Grant Fuller, who played quarterback in place of injured starter Thomas Saul.  Fuller was 8-for-15 on the night with 132 yards passing.

The defensive effort was led by Grant Fuller and Jacob Heaton who each had five tackles.  Heaton had an interception, as did Sam Carter and Caleb Lindman.  Fumbles were recovered by Lindman and Allen Grinalds.