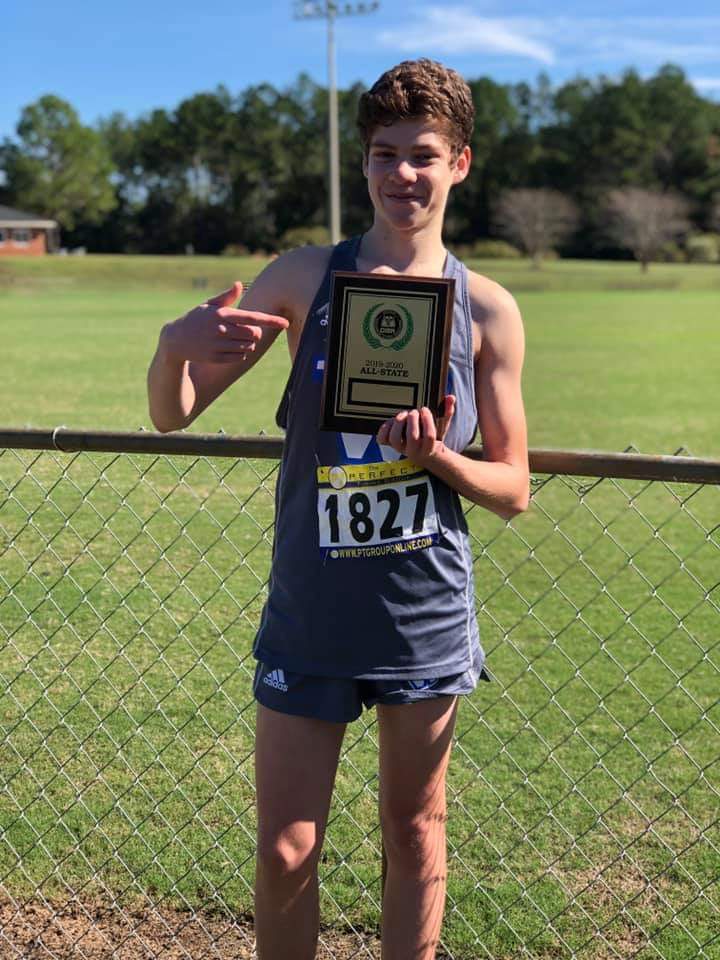 On a chilly November morning, the Wildcat Cross Country team made school history by placing 3rd at the GISA State Meet, the highest the boys team has achieved. After 6 grueling months of pushing their physical and mental limits, the boys were ready to toe the line one last time and reap the rewards for their hard work.

Sophomore Cooper Keuroglian went into the State Meet ranked 16th and knew he would have to run faster than ever before to have a shot at earning an All-State honor by breaking into the top 10. From shortly after the start of the race all the way through the end, Cooper pushed himself over the 3.1 mile course to run over a minute faster than he ever had to reach his goal by finishing 9th in a time of 17:50. He is the first All-State runner from Westminster since Evan Downs ran the school record in 2015.

Also stepping up in a big way for the team, Will Puckett also ran over a minute faster than ever before to place 20th overall in a time of 18:45. Pushing through some pain Brad Joiner finished third for the wildcats completing the course in 19:02. Eli Scott and Sam Williamson wrapped up the top-5 scoring positions for the team with huge personal best times of 19:05 and 19:20 respectively. Using his lightening speed, Henry Waller finished 36th overall with a new best time of 19:54 and Thomas Paulk finished just on his heels breaking the 20 minute barrier in 19:59.

"This was a well run race and a terrific testament to their hard work throughout the summer and fall. These athletes were hungry to do better than they did last year and had some pretty big goals. I am glad to see them reaching them, especially that four runners went faster than any of our boys last year. This is a sign of good things to come for the next season" said Varsity Coach Janelle Branch.

Next year the boys team will return all runners who were at the state meet and will be adding a group of talented 8th graders. Look for good things to come for this young, talented team!