Both the boys and girls teams are running exceptionally well heading into the Region and State meets! 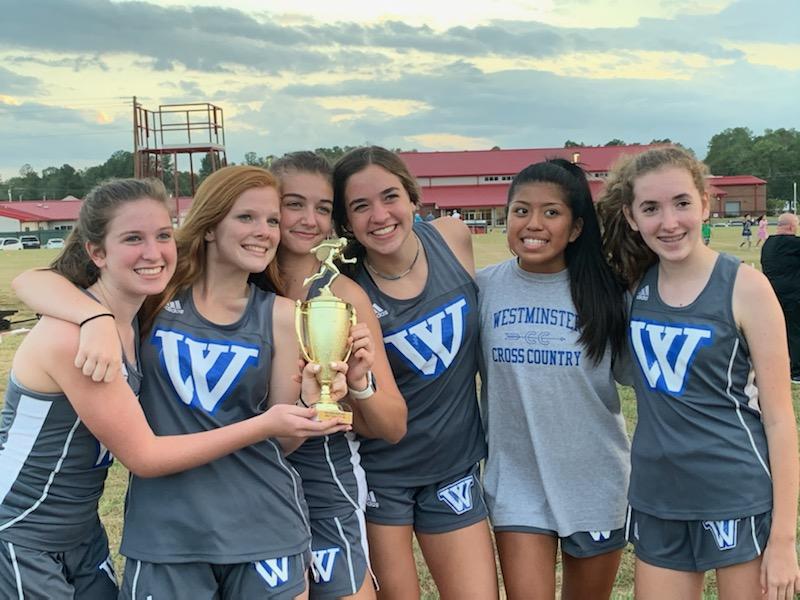 The Boys and Girls Varsity Cross Country teams completed their regular season with meets at Heathwood Hall on 10/2 and Fox Creek on 10/8, resulting in 7 personal best times, two season best times, and a team win for the girls.

Although the Heathwood Hall meet in Columbia, SC was delayed due to excessive heat, the Wildcat's hard training in the hot Georgia summer paid off. By the time the girls finally got off the starting line that weather had "cooled" to just over 96 degrees with high humidity and direct sun, but that didn't seem to slow them down. Reagan Lutz and Claire Peacock ran exceptionally well by dropping about a minute off of their times while Emerson Eubanks and Rachel Goodell were mere seconds off of their best.

The boys race was slightly cooler, and saw Brad Joiner break the 19 minute barrier and Will Puckett under 20 minutes for the first time. Other major personal bests from were earned by Henry Waller, Brooks Johnson, and Robert Voegtlen, the later of whom ran most of the race with only one shoe!

The 10/8 meet at Fox Creek was the first beautiful day for running of the season. The overcast skies, slight breeze, and cooler temperatures propelled the Wildcat girls to the win and the boys to second place overall, despite some sickness from the top runners.

Many runners who may not have performed well in the heat had their opportunity to shine. Emerson Eubanks dominated the girls race by winning overall, and her time of 22:49 is a personal best by 30 seconds and just off of the course record. Claire Peacock was second overall in the race with a new best time of 23:20 and Rachel Goodell finished 6th overall with another personal best. Reagan Lutz and Libby Carter ran just seconds off of their bests to secure the girl's title.

The boys were missing several key runners due to sickness, but were still able to come away with second out of nine teams. Brad Joiner was second in the race, beating the previous course record by 7 seconds. Jack Massey, Sam Williamson, and Eli Scott all ran personal bests while Thomas Paulk, Connor Lutz and Frank Yu ended the regular season with their best times in 2019.

The Varsity Wildcats will next compete at the Region meet on 10/19 in Loganville. From there, the top 4 boys and the rop 4 girls move on to the GISA State meet to be held 11/2 in Albany.