Catch up on all your Wildcat athletics! 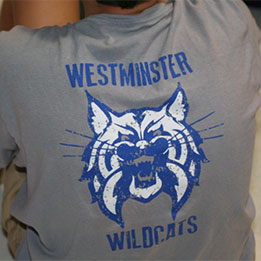 Remember to check the online calendar for the most up-to-date dates and times for all athletic contests.

The Middle School Football team fell to a tough St. Mary’s Augusta team last Thursday, September 12.  They now sit at 1-2 on the season.

They will play EDS this Thursday, September 19 at Richmond Academy.

After a tough loss last Friday, September 13 to a solid Peachtree Academy team, the Varsity Football team has a BYE this week.  Last Friday’s final score was 28-9 as the game was suspended at the half due to lightning.

We are looking forward to the Homecoming Football game next week against Solid Rock Academy on September 27!

Both the Girls and Boys Varsity Cross Country teams have shown consistent improvement this season!

The MS clay sport shooting team had a hot but fun tournament on Tuesday, September 10.  Many of the shooters placed well. Congrats to Thomas Freeman who shot a perfect 50 on his sporting clays!

The Middle School Golf team finished 2nd in their match on September 11 at Aiken Golf Club. Porter Grinalds was the low man who led the team to a combined score of 178.

On September 16, they finished 3rd in their match at Forest Hills. Porter Grinalds and Gavin Fox were the low men who led the team to a combined score of 167, which is the best this season!

Their next match is on Wednesday, September 18 at Woodside Plantation in Aiken at 4:00 PM.

Our Boys & Girls Middle School Tennis teams are half way through their seasons with winning records of 3-2.

Both teams are playing great!

Their next match will be Thursday, September 19 at Newman against St. Mary's of Augusta.

Come out and support your Westminster Wildcat Tennis Players!

A Family Membership is only $185 for the entire year and among other benefits, provides free admission to all regular-season home athletic contests.  Other membership levels are also available.  Thanks to the efforts of the Booster Club over the past several years, numerous capital improvements have been made.  Don’t miss the opportunity to join this loyal and hard-working group of parents, grandparents, and friends of Westminster.

The Cat Shack is open at home football games! Look for some exciting new spirit wear to show your Wildcat pride!