Westminster seniors received 9 out of 9 acceptances for early action admission to the University of Georgia! 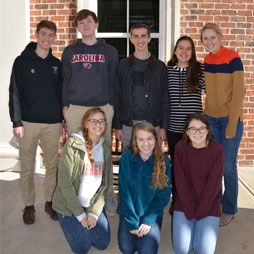 Congratulations to these seniors and their families for all of their hard work!