On Thursday, August 23, nine out of twelve Wildcat Boys ran their first 5,000-meter cross country race, but you would never know that! 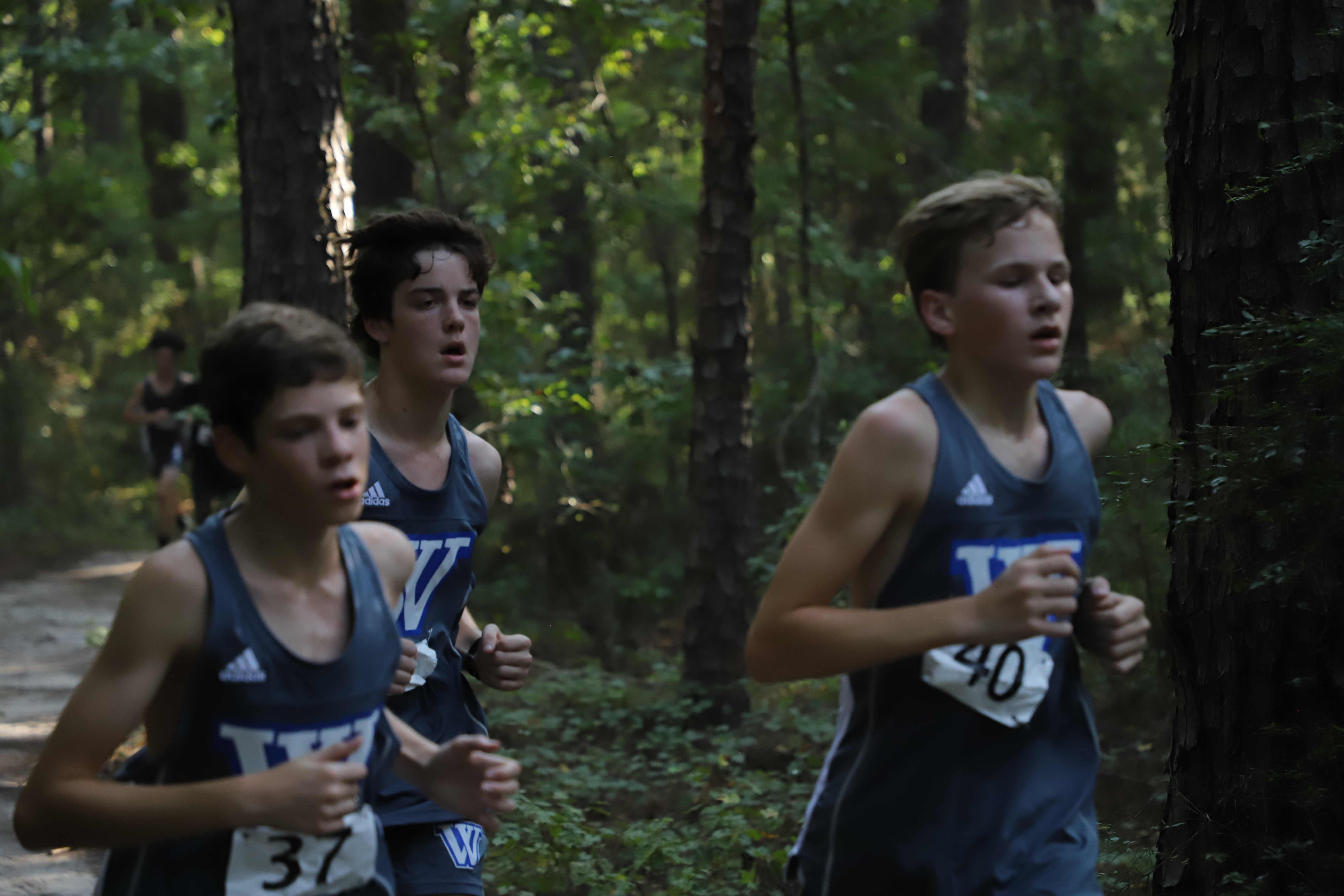 From the time the buses left the school gates, the boys were mature, focused, and determined, and the results speak for themselves.

The breakthrough of the race goes to the sixth Wildcat across the line. Sophomore Luke Wells (24:09) who dropped exactly 6 minutes off of his previous personal best time from a less challenging course in October 2017.

Eli Scott (24:29) and Brad Joiner (24:30) worked well together throughout the race. Frank Yu (26:36) completed his first 5K while Robert Voegtlen (27:08) and Sophomore Jackson Barinowski (27:44) pushed each other and the later dropped over two minutes from last year's time. Battling ankle and knee pain from the challenging course was Dez O'Quinn (38:48) who rounded out the boy's roster.

After the race, Varsity Coach Janelle Branch said, "These boys have an exciting season ahead of them. I was encouraged by their maturity before, during, and after the race. The tight groupings will help each of the athletes and the team overall as the season progresses."

The Wildcat Pack is back in action September 8 at the Augusta Prep Invitational.