Several of our students in both the Lower and Upper Schools had the opportunity to meet with Mauricio Palacio, a Christian artist from Mexico. 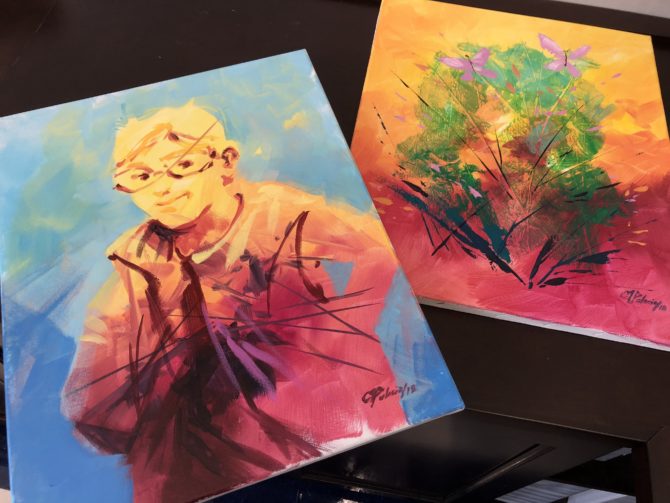 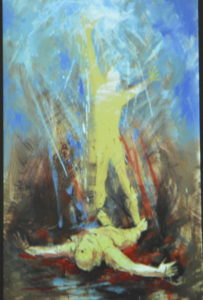 On Thursday, March 1, several of our students in both the Lower and Upper Schools had the opportunity to meet with Mauricio Palacio, a Christian artist from Mexico.? Specializing in spiritual and contemporary art, Palacio is also a missionary who creates art whose intent is to prompt conversations about Jesus. While sharing his artwork, Palacio described his journey as both an artist and a missionary and how the two have influenced what his art today versus his earlier work.

He was originally trained as an architect at the?Universidad Autonoma de Guadalajara, Mexico, and although he enjoyed the work, he was called to the mission field only a few short years after he earned his degree. Somewhat hesitant to initially answer God's call, he has now served as a missionary for over 20 years. He currently resides in Colimo, Mexico, where he and his wife direct a studio and art gallery. He also continues to exhibit his artwork and travels the world teaching seminars and workshops in churches, schools, and universities, while sharing his testimony. Westminster was fortunate to have him as a guest while he was in Augusta to participate in the?Bible and Missionary Conference at First Presbyterian Church of Augusta where he completed several artistic expressions during the conference.

?I was intrigued by his comments about how his earlier work shows a certain level of control, ?and how his spiritual works required him to let go and allow God to be part of the creative process, ?said Vivian Hornsby, Middle and Upper School art teacher. That occurred when he was asked to paint a complete work during a worship service in front of people with a time restriction rather than in private at his studio or home where he works at his own pace. He showed several examples of his work that showed the two different styles and at one point shared an experience where he was painting so fast, he unintentionally painted six fingers on Jesus? hand.

Miss Heppert, Westminster's Lower School art teacher,?said her third grade art class was captivated by Palacio?s paintings and particularly by him personally finishing three paintings within the class period.?As a result we now have two outstanding pieces of art which he has gifted to Westminster and will be available in our annual auction on April 28.

In the Upper School classes, he showed portraits and still lifes ? both realistic and literal, and others more stylized with bold colors and textures as well as illustrated passages from the Bible and artistic expressions that he created during worship services.??He explained how many of his portraits were reproduced from photos he took while on mission trips to impoverished parts of the world, such as Kenya, South Africa, Brazil, and especially Bosnia, where he said his life radically changed while working with refugees there through United Nations High Commissioner for Refugees (UNHCR ). Palacio has presented several exhibitions of his refugee portraits to bring awareness of the consequences of ethnic division and intolerance throughout the world including in his own native country of Mexico.

Palacio further explained that his spiritual art is much different from the portraits due to their abstraction, leaving interpretation up to those viewing the art. Although he uses themes throughout the Bible as inspiration for some of his art, forgiveness for example, what he creates during a worship service is an artistic expression of the Holy Spirit working through him.

It was exciting for our students to see how art can be used to serve God and to meet someone who is doing that.