During her time at Westminster Schools of Augusta, alumna Ansley Pantsari remembers being surrounded by faculty members invested not only in her academic success but in her spiritual development.

She said every faculty member on Westminster’s campus “so selflessly” serves students, investing in their personal growth, in addition to providing an education.

“There were a number of times when my teachers would pull me aside and ask me how I was doing or how they could pray for me,” said Pantsari, Class of 2017. “They took time out of their busy schedules to invest in me spiritually. It is their Christ-centered selflessness I hope to reflect.”

Pantsari is on her way to accomplishing her goal of emulating the selfless values instilled in her by Westminster faculty. Entering her senior year at The Citadel, Pantsari has been named the military college’s first female 2nd Battalion commander.

Pantsari is no stranger to rising to the top of her class. As a sophomore at The Citadel, she was named the first female company clerk in the history of Delta Company. In her third year at the college, she was a first sergeant and the highest-ranking junior of Echo Company in the second battalion command, which is known as one of the cadet core’s toughest companies. Pantsari has risen up the ranks at The Citadel, much like her father did nearly 25 years ago.

Matt Pantsari, a Westminster parent and member of the school’s Board of Trustees, graduated from The Citadel in 1996 and was the top cadet in his class, the regimental commander. Pantsari thanks Westminster for helping her follow in her father’s footsteps.

“I was also surrounded by incredible people in my class,” she said. “It has been such a joy to see where my friends have gone and how they have excelled in the ways God has planned for them. Every member of my graduating class has gone a very unique route as God has worked through each of them in a very different but incredible ways. Years after we have graduated and parted ways, I am still inspired by their resilience and hard work.”

“My experience at Westminster provided me with a strong community full of role models, mentors, and friends that I am so blessed to know,” Pantsari added. 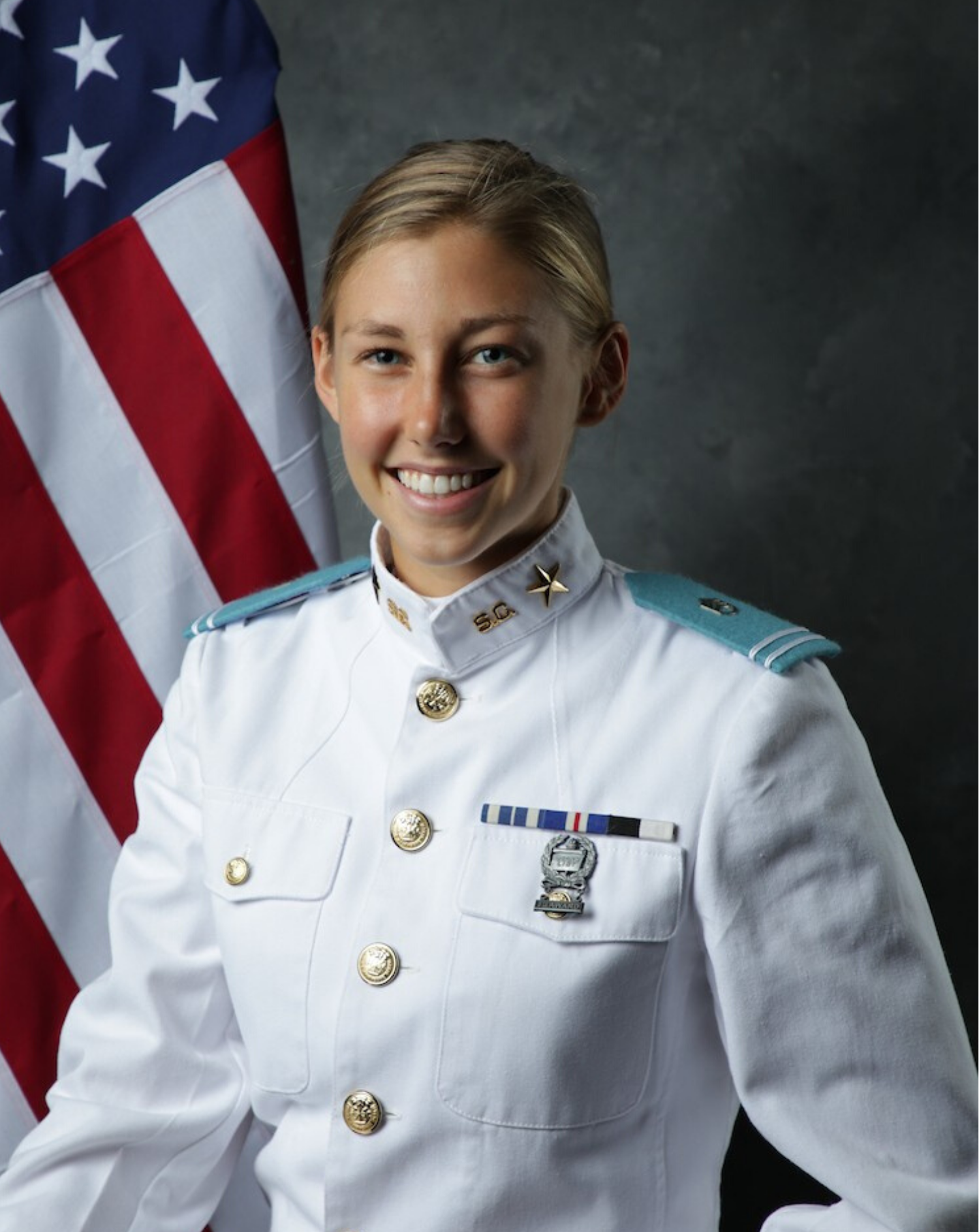